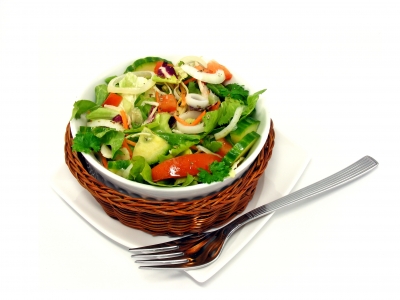 People are getting more health conscious these days and many believe that the way to good health is to go vegetarian. But it is not easy to let go of those delicious meat dishes, especially since the word vegetable normally brings to mind bland and utterly flavorless fare. Authors Isa Chandra Moskowitza and Terry Hope Romero come to the rescue with their witty and actually quite amusing cook book – Veganomicon, The Ultimate Vegan Cookbook. The book is huge but covers all areas of cooking such as how to stock up your pantry, buying the correct kitchen equipment, preparing the food and, of course, the actual cooking instructions as well as a long list of recipes.

All that information can be dauting to a cook new to be vegetarian genre but Moskowitz and Romero make it interesting, generously sprinkling their recommendations with dashes of humour.

It actually makes you want to go out immediately to stock up your kitchen and get started on those yummy-sounding recipes from the book.

Unfortunately, bearing in mind that the authors live in New York and many of their recipes are for western dishes, certain terms and ingredients can be rather baffling to east.

What the heck is a ‘blini’ or ‘tamales’ or ‘tarragon’? And these are littered all over the book. But all said and done, there are still some interesting dishes that Eastern can try out and they might just get you started on your vegetarian way.

San Francisco Chronicle
“[This] unassuming book is full of recipes for which even a carnivore would give up a night of meat.”

Curve “Ever the clever wits, Moskowitz and Romero make gourmet vegan cooking accessible in Veganomicon. You’ll love the menu suggestions at the back of the book and the massive index rivaling that of the Joy of Cooking.”

Louisville Courier-Journal
“The tone throughout is upbeat and amusing, especially in the frequent sidebars, which are practical, chatty and engaging without being cutesy.”

The Washington Times
“[A] must have.”

Gwyneth Paltrow on Goop.com
“This cookbook takes the scariness out of vegan… The recipes are easy for new cooks to use and the book is user-friendly.”

DKMommySpot.com
“Very likely the mother of all vegan cookbooks… A vegetarian chef’s idea of perfect reading material. The book’s nearly 300 pages are filled with hundreds of recipes, cooking advice, ingredient info, and heaps of humor making it a joy to read, as well as to cook with… Definitely a must-have for the vegan who really loves their food.”

Portland Oregonian
“If you’re considering transitioning to a vegan diet, or even just want to try it a day or two a week… [this is a] great introductory title.”

GoDairyFree.org
“[A] creative recipe collection of tamales, bocadillos, empanadas, ensaladas, and much, much more.”

VegNews
“chock-full of not only recipes, but pantry help and cooking advice galore.”

Cornell McClellan, fitness trainer for the President of the United States
“[A] useful and delicious cookbook.”

Kuali.com
“Funny, straight-into-your-face and full of hilarious punches… A pleasure to read despite its big size… A good old-fashioned all-purpose cookbook with recipes written for everyday meals. It is suitable for any level of cooking skill.”

Portsmouth Herald
“No meat, no dairy, no eggs, but still full of flavor.”

The Auburn Citizen
“It is big, and has many good ideas and recipes developed at a popular New York City restaurant, all without animal products.

Salt Lake Tribune
“The only vegan cookbook you’ll ever need.”

Lexington Minuteman
“[A] new classic cookbook…Great recipes the whole family will enjoy whether they’re vegan, vegetarian, gluten-free, or not.”

Vogue India, January issue
“Chatty, and excellent for its sheer variety of vegan breakfasts and selection of luscious desserts.”

About the Author
Isa Chandra Moskowitz is America’s most popular vegan chef. She is the author of Vegan with a Vengeance, which won PETA’s

Speed Up Your Income

Write Your Own Pay Check